Since the beginning of time (or at least since 2006), The CW has aired some of the most beloved shows on television. Its stories range from heartfelt family dramas to supernatural demon hunting and almost always include the network staples: corny dialogue, totally outrageous plot lines, so many characters, and the knack for being wildly addicting.

In addition to its original series, the network acquired the WB and UPN, bringing shows like Gilmore Girls and Girlfriends into its repertoire.

Prepare for nostalgia. I am ranking the best treasures to be found on The CW, in all their twisty-turny glory!

The CW does monsters, superheroes, and teen dramas, so why not throw a period piece into the mix? The network dabbled into historical fiction when it debuted Reign in 2013. While it’s not the strongest series of the CW family, this show centering around Mary Queen of Scots has merit and plenty of regal scandals to boot!

During its time in the limelight, Veronica Mars garnered a faithful following of loyal fans. Kristen Bells’ performance as the titular character — in all her campy, mystery-solving glory — remains a memorable part of the network’s history. I would be remiss not to put this bizarre and binge-worthy show on this list.

Based on the childhood of Chris Rock, this sitcom is an underrated gem of The CW. It showcases the world from Chris’ perspective, as he tries to find his place amongst family and friends while living in Brooklyn in the 1980s.

Crazy Ex-Girlfriend comes equipped with song, dance, and a surprising amount of heart. The whimsical series follows Rebecca as she tries to pick up the pieces of her life by moving to a new town where an old boyfriend lives. It covers a range of topics from love to friendship to mental illness with unique storytelling that allows us to see into Rebecca’s mind by way of musical performance.

Who doesn’t love the thought of Superman eating pizza? Smallville follows Clark Kent during his teenage years before he puts on his iconic Man of Steel attire. This series, which lasted 10 seasons, was a moment.

The CW loves a good superhero origin story and that’s exactly what we get in The Flash. While the network is home to a collection of heroes, this one stands out as a consistent fan favorite. Protagonist Barry Allen acquires superhuman speed and the result is a dramedy-style recount of the DC comics.

While Riverdale might be slowly descending into madness, it’s hard to look away. Loosely based on the Archie Comics, the series has curated some of the most notable fictional characters in modern-day television — from Archie to Cheryl to Jughead.

This early-2000s sitcom chronicles the lives of four Black women living in LA, experiencing the ups and downs of jobs, relationships, and being an adult. Don’t be fooled by its label as a comedy — there is a myriad of heartwarming storylines and Girlfriends tackles female friendship in a way that is relatable and beautiful.

When Jane becomes pregnant due to an artificial insemination mishap, chaos ensues. This telenovela-style series caught popularity quickly — no doubt due to its great writing as well as Gina Rodriguez’s endearing performance as Jane. This network treasure follows The CW trajectory of blending everyday problems with solving crime, and the result is five binge-worthy seasons.

Inspired by the life of NFL linebacker, Spencer Paysinger, All American follows a young football player from LA’s southside after he is recruited to a team located in Beverly Hills. The series has all of the bells and whistles of a sports drama, but is much more than that, tackling social issues, family issues, and the gravity of stepping into a new world.

In the hype of the Twilight era, The CW lay sparkling vampires to rest and instead introduced us to the Salvatore brothers, two dashing vamps just trying to lead a normal life in a mystical town called Mystic Falls. A love triangle ensues when they stumble upon a human girl (naturally) and, thus, must navigate the plights of love in a world where witches and werewolves attend high school. The success of the show spawned The Originals and Legacies, both set within this universe.

Gossip Girl has all of the essentials: petty teen angst, memorable characters, fabulous fashion, and unsolved mystery. As the anonymous Internet sleuth behind the ‘Gossip Girl’ blog wrecks havoc on Manhattan’s Elite, viewers are taken on a rollercoaster that is perfect for escapism. This show was a TV pinnacle during its six-season run and you know you love it, XOXO.

As one of the most notable programs on The CW, One Tree Hill takes all of the television genres known to mankind and meshes them into a glorious series following the highs and lows of small-town teens in North Carolina. Though the later seasons lose some heart in the wake of original cast members departing, One Tree Hill was a massive success. It combines relatable teen issues with absolutely insane plotlines that involve injury, crime, and murder.

As the longest-running show in The CW history, Supernatural remained on-air for fifteen seasons thanks to its cult-classic following. What started out as a melodrama about monster-hunting brothers expanded into a versatile series with well-developed characters and goofy-themed episodes that appealed to fans. Jared Padalecki and Jensen Ackles’ on and off-screen bromance helped keep the show fresh and fun during its many spellbinding seasons.

Watching (and re-watching) this beloved series is like taking that first sip of coffee in the morning — all is right in the world. From witty Friday night dinner banter to the whacky town meetings of Stars Hollow, this eclectic show has garnered a fanbase that remains just as devoted as it did during its run on WB/The CW from 2000 to 2011. Oy with the poodles already — Gilmore Girls reigns supreme at the top of my list!

Do you agree with my ranking? Let me know in the comments below. 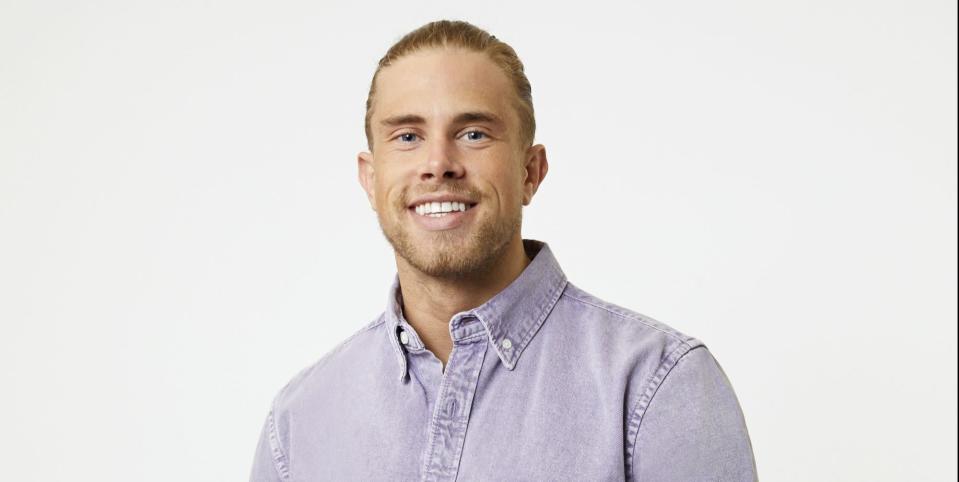 All the Details on Jacob Rapini, The Bachelorette’s Resident Shirtless Dude Who Is Causing Drama