A photograph by Timothy Gerken, professor of humanities at SUNY Morrisville, was a short while ago on screen in collaboration with Denniston Hill as component of For Freedoms’ nationwide campaign “2020 Awakening.”

The artist-led collective marketing campaign, which launched on Indigenous People’s Working day Oct. 12, characteristics billboards that show up in all 50 states, Puerto Rico, Guam and the U.S. Virgin Islands. Quite a few contact on urgent concerns of the recent political marketing campaign approach.

Gerken’s picture, which was on show by Nov. 3, appeared on a electronic billboard in Penn Quarter, the downtown community of Washington, D.C., which consists of Chinatown, The Smithsonian American Artwork Museum, Countrywide Portrait Gallery, the Conference Center and various sports venues.

His untitled photograph, a tattooed forearm with the phrase “Liberation,” was preferred for the task by Denniston Hill, an artist-centered interdisciplinary arts corporation guided by the theory that creative and vital voices are crucial in shaping a just, equitable culture.

“Since the challenge is about asking thoughts, the photo may recommend we question what liberation means or no matter whether we consider of ourselves as liberated and what we may well be liberated from,” Gerken stated.

The launch is an extension of For Freedoms’ campaign, “2020 Awakening,” which facilities all around the new four freedoms of awakening, listening, therapeutic and justice. The marketing campaign is influenced by the Vast Awakes, an 1860s band of abolitionist dreamers whose communal confrontation of partisan instability led to the election of Abraham Lincoln.

Gerken, of Garrattsville, has taught at SUNY Morrisville for 15 decades. A author and photographer whose do the job critiques societal ability structures, Gerken also serves as director of the college’s Butcher Library Gallery, in which he organizes various artwork exhibits concentrating on issues all-around inclusivity and equity.

He has been a aspect of a lot of image exhibitions and his writing and photography have been printed in a lot of literary journals.

In 2017, Gerken was the first receiver of the SUNY Award for Diversity, Inclusion and Social Justice. He also received the SUNY Chancellor’s Award for Excellence in College Service in 2015.

During his tenure at SUNY Morrisville, he served as the very first chair of the School Senate Professional Improvement Committee and worked to set up the college mentoring plan, the semi-annual qualified enhancement conference, and a selection of range and social justice programming.

Gerken earned a Ph.D. in schooling with a focus in language, literacy and finding out from Fordham College, an M.F.A. in poetry producing from Brooklyn College or university, an M.S. in English with a secondary school certification from Southern Connecticut Point out University and a B.S. in staff management from Clarion College of Pennsylvania. 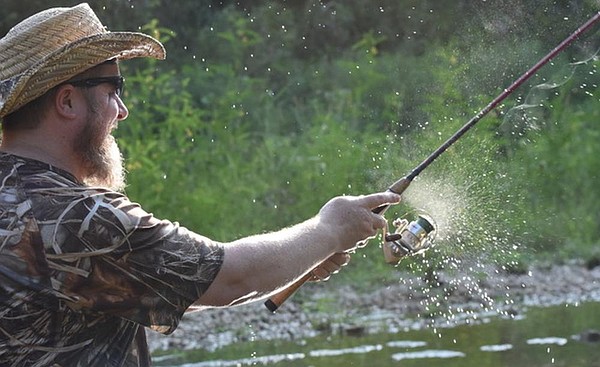